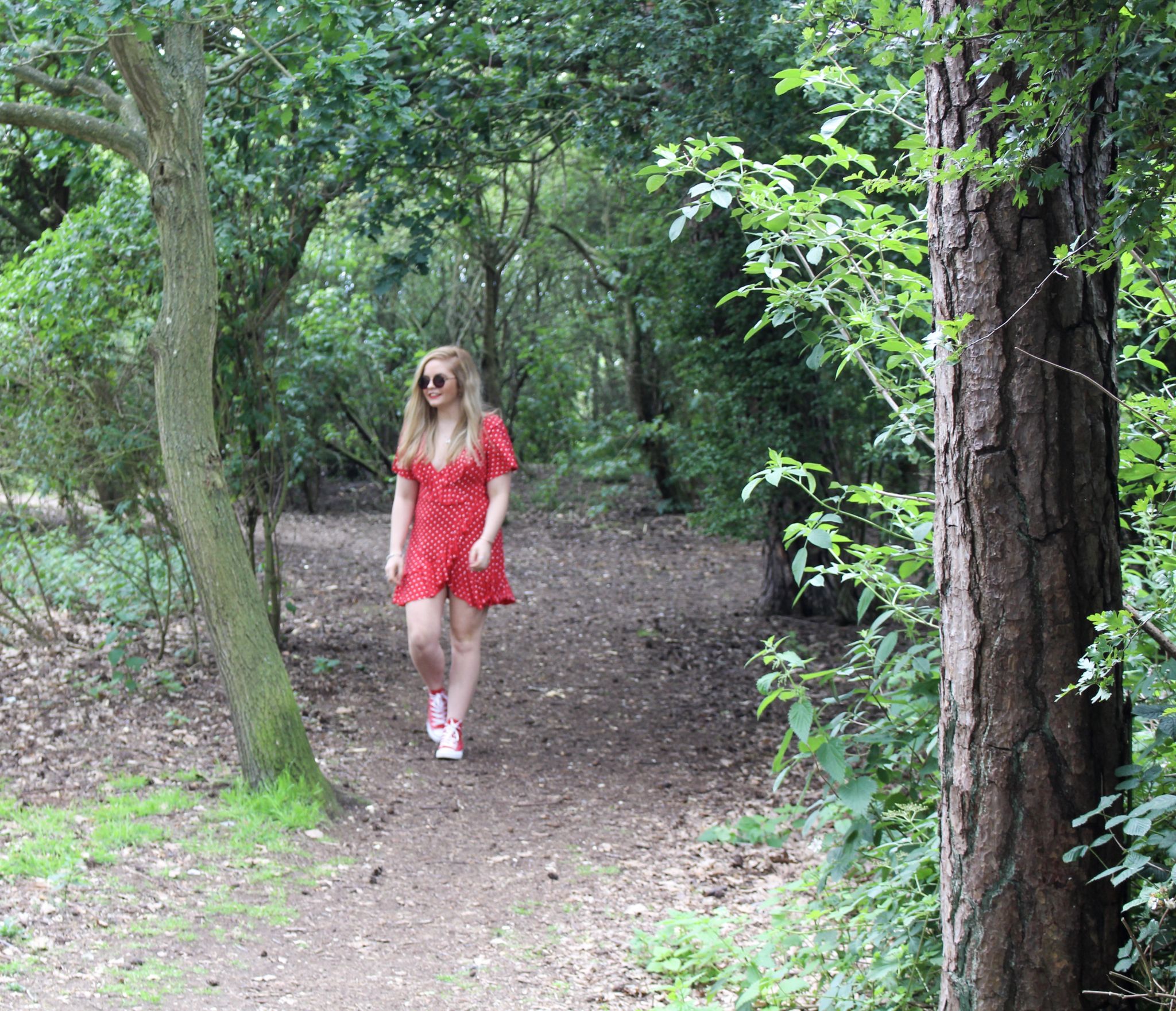 The recent questions on everyone’s lips about a fast-fashion company’s ethics – do they treat the environment well, what do they do for their garment production workers and how do they treat animals? I decided after writing my recent post on the £1 Missguided bikini that I would venture into the world of fast-fashion online retailers to see whether our obsession with a continuous stream of clothing was being encouraged by unethical companies.

A quick Google search of “Boohoo ethical” brings up a number of articles written in some of the big papers about Boohoo including this one I found in The Independent the title being “Boohoo and Missguided among the worst offenders in sustainability inquiry” – ouch.

The findings, which were published on Thursday, outline which companies are the most engaged with sustainability and which are the least.

The EAC (Environmental Audit Committee) wrote to British retailers to ask for evidence of the measures they’re taking to reduce the environmental impact the clothes they make have and unfortunately Boohoo were found to be behind other retailers.

It seems that the conversation around fast fashion has put Boohoo in the spotlight as many articles following this one are all discussing the same thing; can these brands be sustainable, how do they treat animals and workers?

However, if you’re an avid follower of the news in fashion, you’ll know that Boohoo recently released their first 34 piece recycled line, where all clothes have been made using recycled polyester and have partnered with a recycling app where consumers are encouraged to send their clothes to be recycled in return for rewards. It’s a step in the right direction, but I think we need to see more from them in terms of the treatment of production workers – but we’ll get to that soon!

How animals are treated in the production of their clothing

In January of this year, Boohoo came under fire for a number of things when it came to the treatment of animals, first off for selling a “faux fur” jumper with real fur (the result of investigations I’ve mentioned in this series of posts previously). This was followed by a change in their wool policy where they initially announced the ban on wool when an undercover investigation highlighted the mistreatment of animals, there was then a subsequent u-turn in their policy saying it ‘continues to assess all options as part of its ongoing commitment to a more sustainable future’.

Upon further digging (a good hour’s worth might I add), I managed to find the Boohoo PLC site where you’d normally find the company policies which we’ve been investigating, however I was unable to find any information on animal welfare, so based on this and the above this one is a thumb’s down from me.

We expect our suppliers to comply with all relevant laws and regulations regarding the protection and preservation of the environment and as such all factories and raw material suppliers must adhere to the boohoo group Restricted Substances Policy, and all materials, components and finished products must comply with:

boohoo group requires verification from suppliers of compliance with REACH. Accepted forms of verification include:

Unlike the animal welfare issues, we have a little bit more to go on for this point. However for me it seems there’s a lot of reliance on outside firms/initiatives and not enough information for us to know what their company policies are. I’m going to give this a thumbs down as there just isn’t the information available for us to make an informed decision on whether they’ve covered their bases. 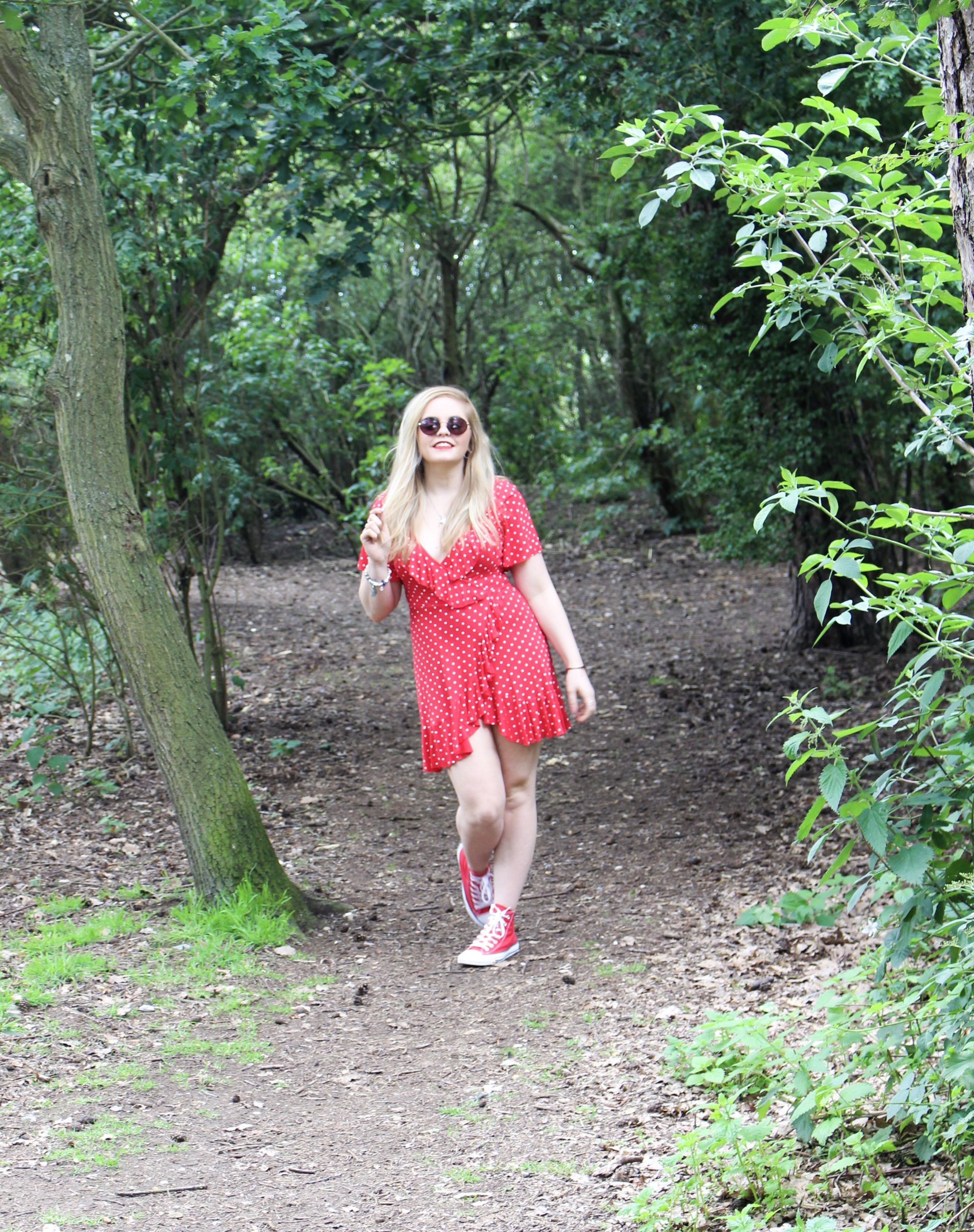 How the factories that make the garments treat their workers

As a fast-growing responsible group, we recognise our duty of care to the people involved in the creation of our products. We therefore take our supply chain operations extremely seriously and have a demanding set of procedures and policies to which all suppliers must adhere. We are dedicated to working with our suppliers to help promote better working standards for the future and we hope to lead the way in encouraging an open and transparent supply chain.

At least half of the clothing sourced by Boohoo comes from the UK, which is a huge advantage for their fast turn-around times and can be seen as a pro for the UK garment production industry – Boohoo sources from factories in Leicester, Manchester and London. However (I don’t think I’ve ever had to write that word in a post as much as this) the factories have come under fire for not treating their staff lawfully with “top wages” of £5 an hour (which is way below the national minimum wage), no holiday or sick pay and bad factory conditions, with many illegal migrant workers flocking for the opportunity to work – you can read an article written by the Financial Times from 2018 on this here, it’s a really interesting read and one where Boohoo declined to be interviewed;

Boohoo declined to be interviewed but Horsfield’s statement said the company was “delighted” to be supporting the “creation of employment opportunities in the UK”. He said Boohoo recognised its “duty of care to all its stakeholders” and was “putting increasing effort and resource into leading the way in sustainable change for the industry”.

They’ve also come under fire for not signing up to the ETI (Ethical Trading Initiative), but have assured that their own ethical trading policy reflects those of the ETI – again I haven’t had sight of their code of conduct document and am unable to confirm whether this compares to that of the ETI.

Given my findings, I’m again going to give this a thumbs down – there’s not enough evidence to confirm or deny that they’re doing enough to battle this issue and sound from my investigations to be making the conditions and pay of workers impossible to improve.

In terms of their day to day business running, they have a pretty standard approach to recycling and as mentioned earlier, they’ve partnered with a clothes recycling firm reGAIN where customers can return unwanted clothing to be recycled;

We partner with reGAIN and have joined its ‘recycling revolution’. reGAIN recycles clothes and aims to make the process easier, faster and more efficient. reGAIN rewards recycling by encouraging consumers to turn unwanted clothes into discount coupons and diverts unwanted clothing from going to landfill in doing so

I’ll give this point a thumbs up as they’ve started to take steps in waste disposal (although as they’re encouraging customers to come back to them, I wouldn’t say it’s an entirely honorable effort) and will hopefully continue doing so. 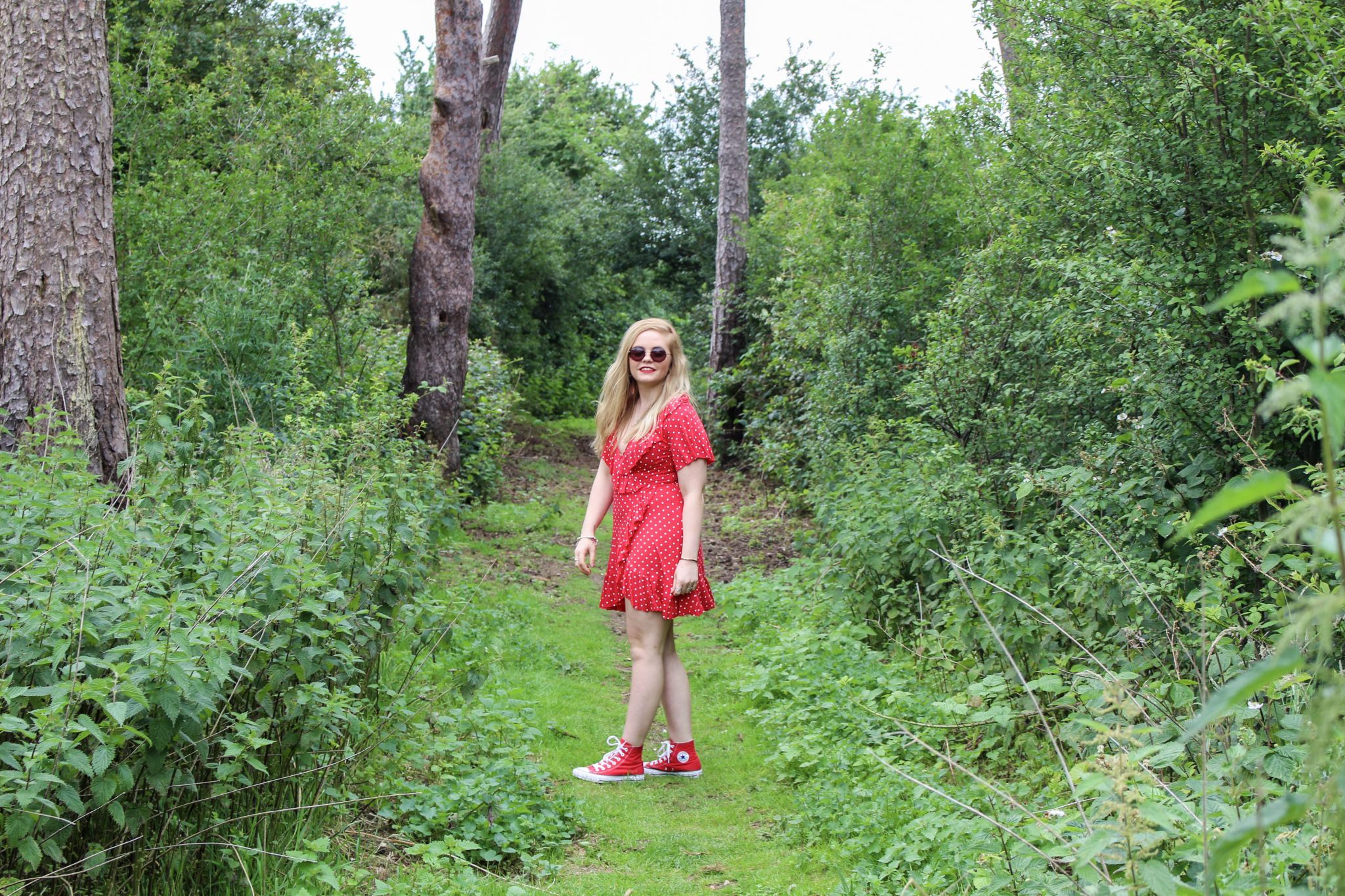 In conclusion, Boohoo are the worst offenders in terms of being ethical that I’ve come across since starting this series with just one thumbs up out of a possible four – a lot of it could potentially be pinned to lack of information, but in the same breath it could be said that the lack of information is for this sole purpose.

Let me know what you think about my findings in the comments below and if you’ve got any particular online retailers you’d like me to investigate.

DISCLAIMER: I have worked with Boohoo and purchased clothing from them in the past. I will not be shopping with them until or if they improve all of the above.

4 Comments
Previous The problem with the £1 Missguided Bikini
Next How often should we wash our clothes?

Prints and patterns go quickly out of fashion... 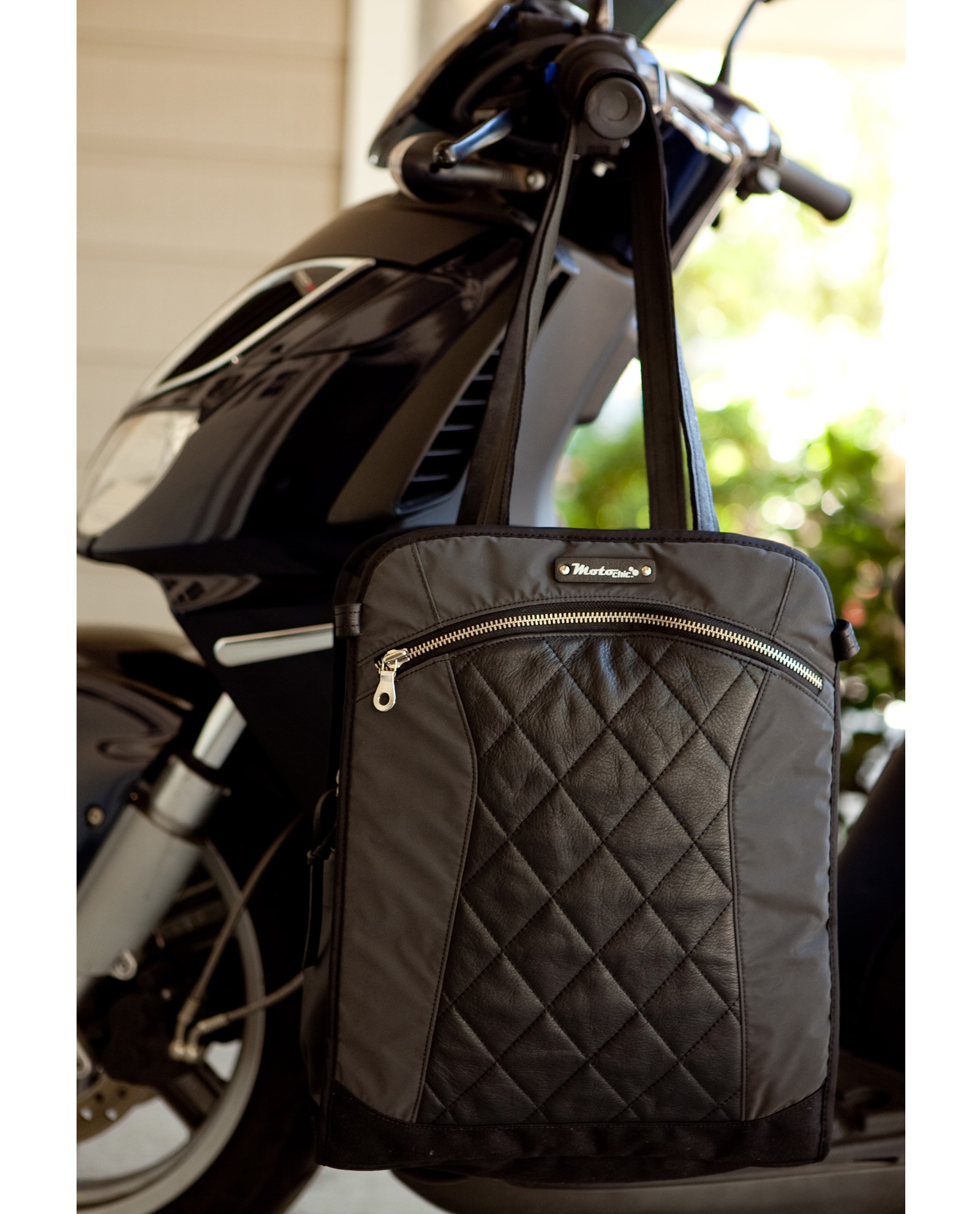 Searching for a holiday backpack 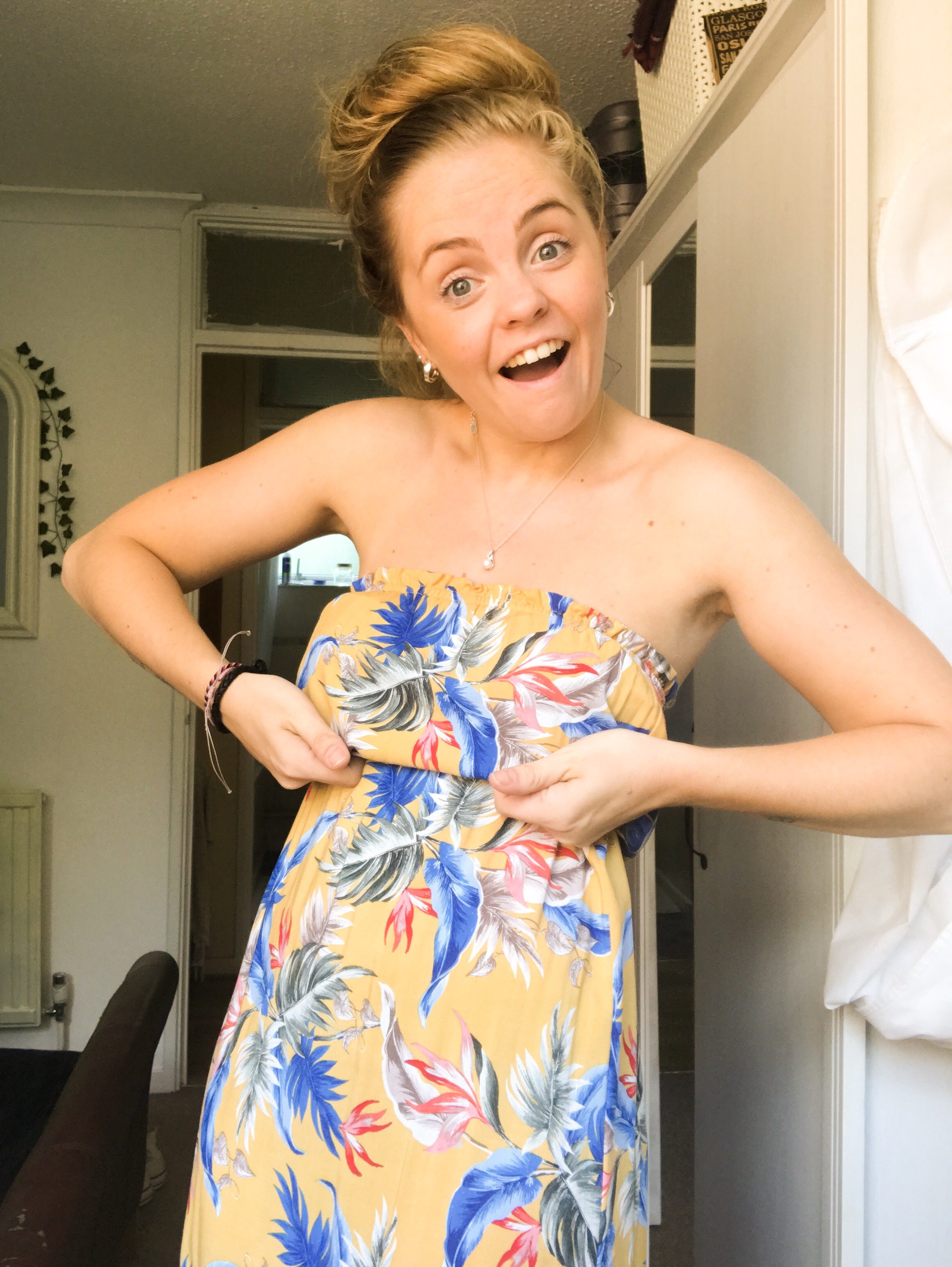