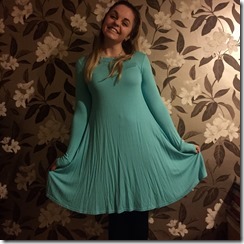 I’m quite short, 5ft 2.5in to be exact and sometimes I find that buying clothes online is a bit of a hit and miss situation. I’m awful for buying clothes online, not liking them and never getting round to returning them.
The below pictures are a perfect example of online shopping gone bad. Boohoo.com is a site that I have regular hit and misses with. The clothes are either made terribly (bad stitching, bad fit, bad sizing) or just don’t match up to the picture (However I do find some gems!)
Below is a picture of a dress that I was eyeing up for a while…

A pretty mint green number that comes quite a bit above the knee of the model (I know, I know, I couldn’t get a picture of the dress being worn by the model and this one has 3/4 length sleeves!)
I always make sure I check the height of the model due to me being a short arse and made sure that it would be alright when it came.
But no, this dress was aqua blue and not the cutesy wintery dress I was hoping to throw on with some my little Chelsea boots. I’ve put a picture of me wearing said dress below for shits and gigs.

Aaron was playing photographer at the time and his reaction hit the nail on the head for this number. I’d asked him the night before whether he could think of any clothes I had stashed away which he hated (he doesn’t beat around the bush with these matters and is pretty upfront about what he likes and doesn’t like) as it was most likely that I probably hated the same things. He couldn’t think of anything from the top of his head and we agreed that after work the next day I’d have a rummage for some shit bits.
So after rummaging and announcing we were having a fashion show, I walk out in this bad lad. He looked at me and immediately said “Well that’s bloody awful”.
Don’t get me wrong, I do wear some things he doesn’t like if I like them that much because there is no man on this planet that’s going to be telling me what to wear (can I get a HELL YEAH!)
Until next time…
Gaby xxx 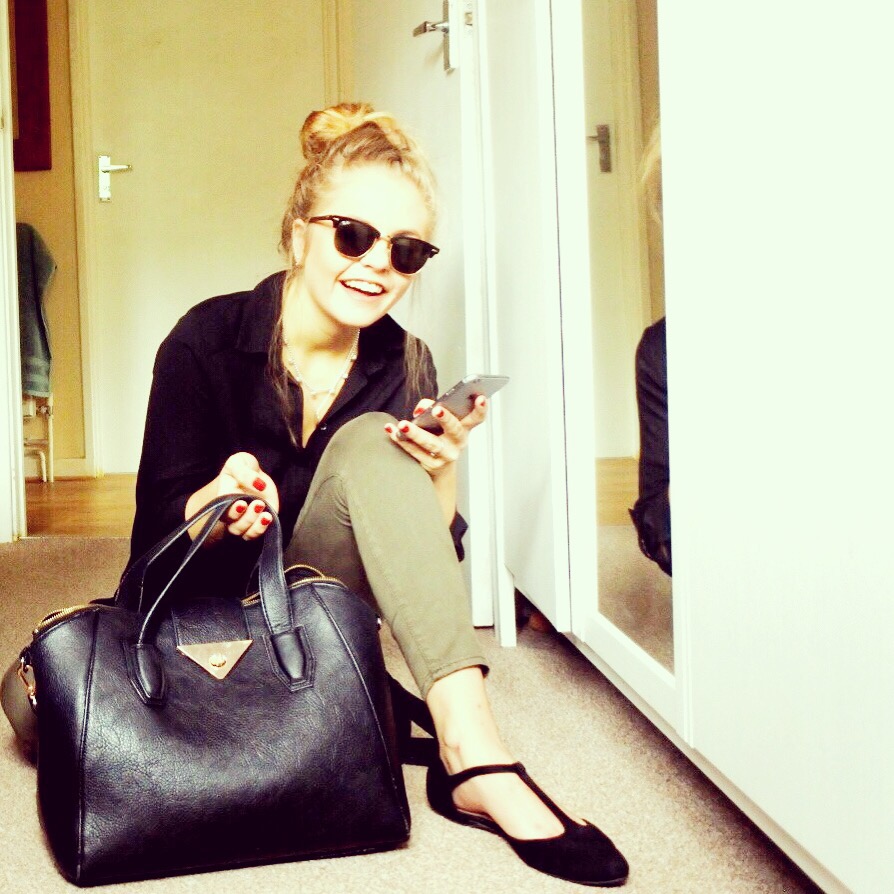 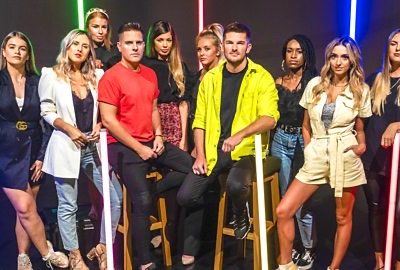 Breaking Fashion – my thoughts on the B... 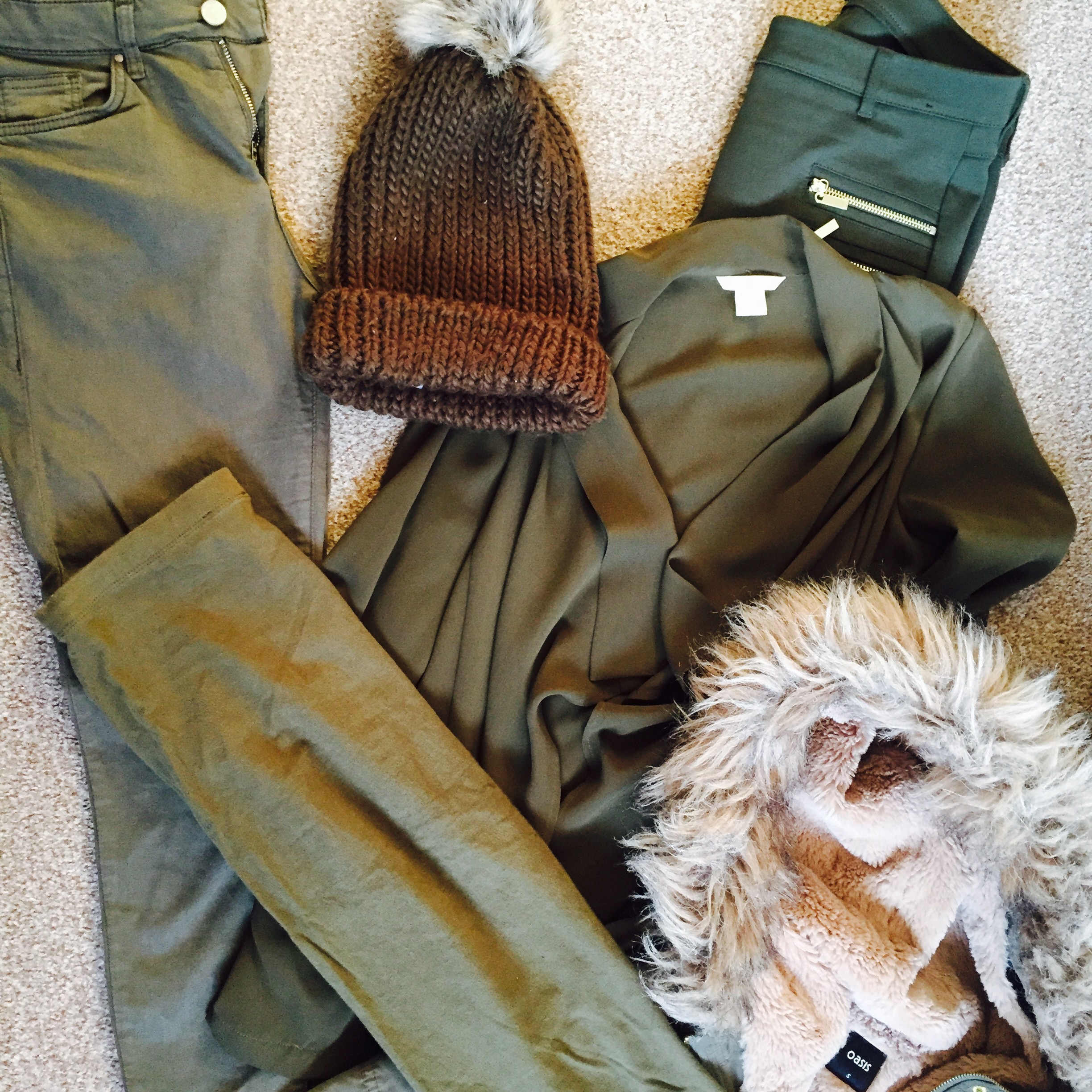 I love a bit of khaki!